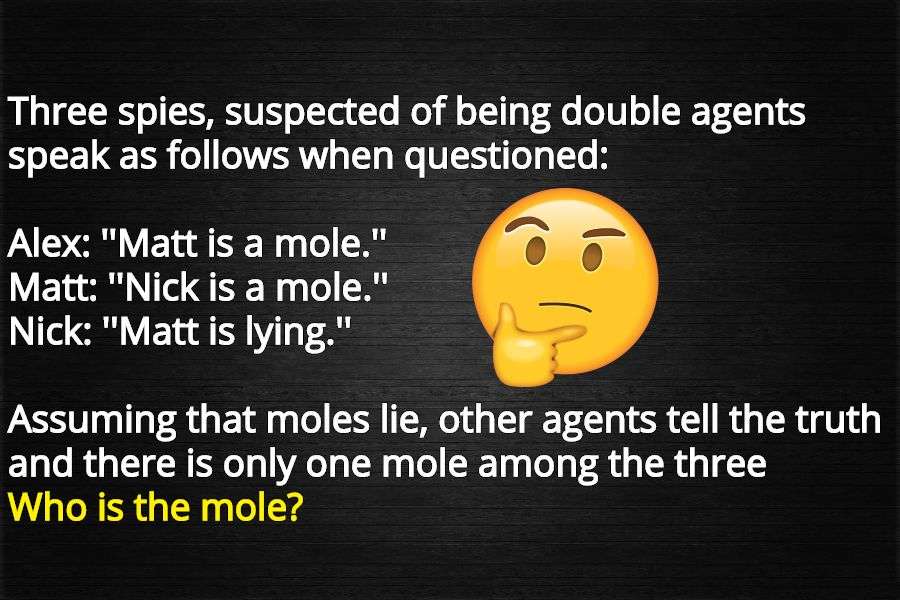 Can you solve this mystery riddle? 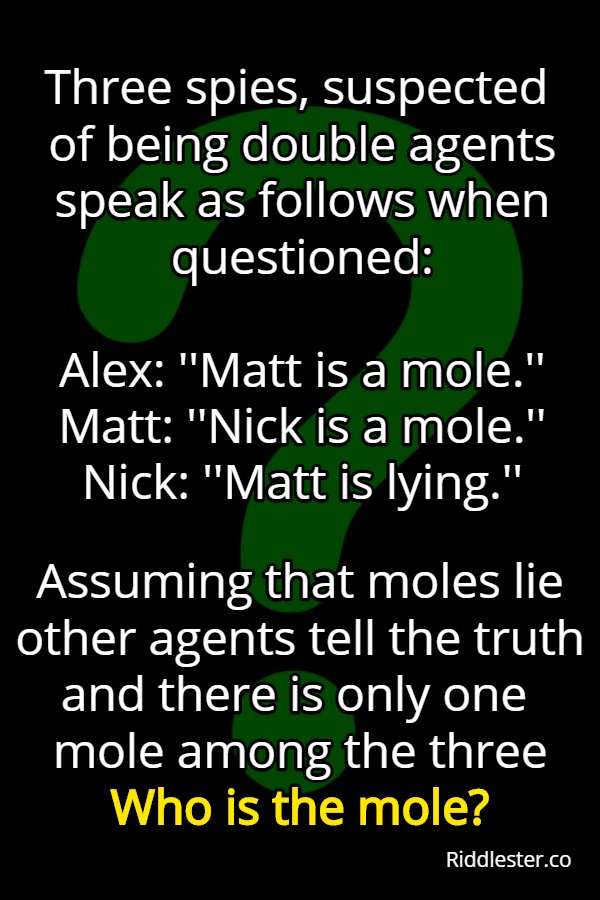 Three spies, suspected of being double agents, speak as follows when questioned:

Assuming that moles lie, other agents tell the truth, and there is only one mole among the three, who is the mole?

Matt is the mole. Both Alex and Nick are telling the truth.

When Alex said, ”Matt is a mole” he was telling the truth, and giving the correct answer.

When Matt said, ”Nick is a mole” he was lying, as he himself is a lying mole.

When Nick responded, ”Matt is lying” he was telling the truth and also affirming that Matt was lying.