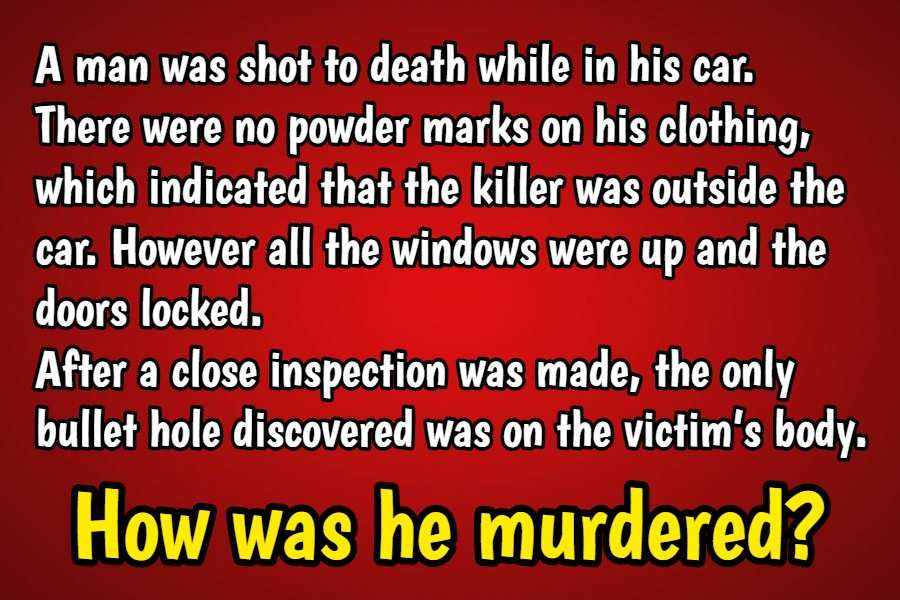 A man was shot to death while in his car.

There were no powder marks on his clothing, which indicated that the killer was outside the car.

However all the windows were up and the doors locked.

After a close inspection was made, the only bullet hole discovered was on the victim’s body.

How was he murdered?

It was a convertible car.