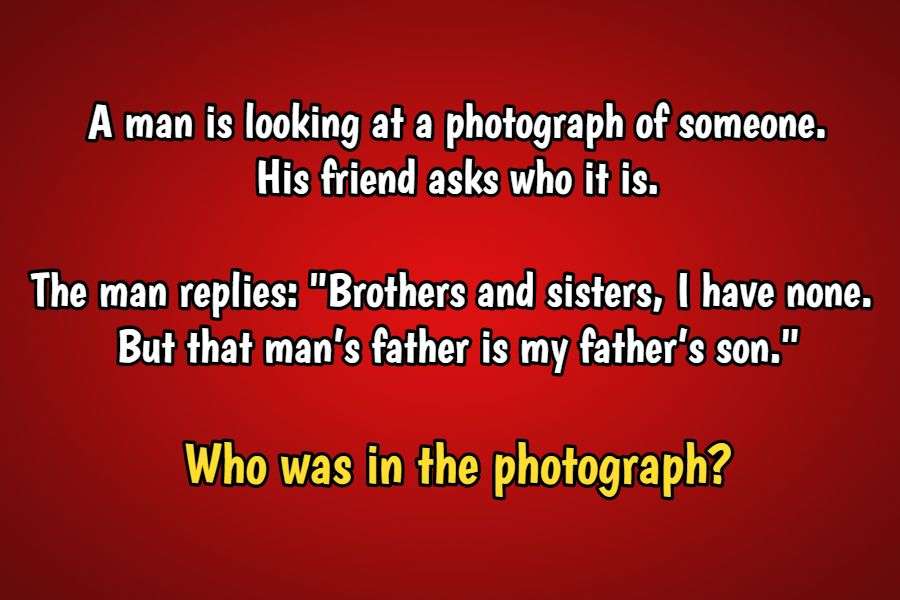 Want to challenge your brain? Try our collection of clever riddles 2022! 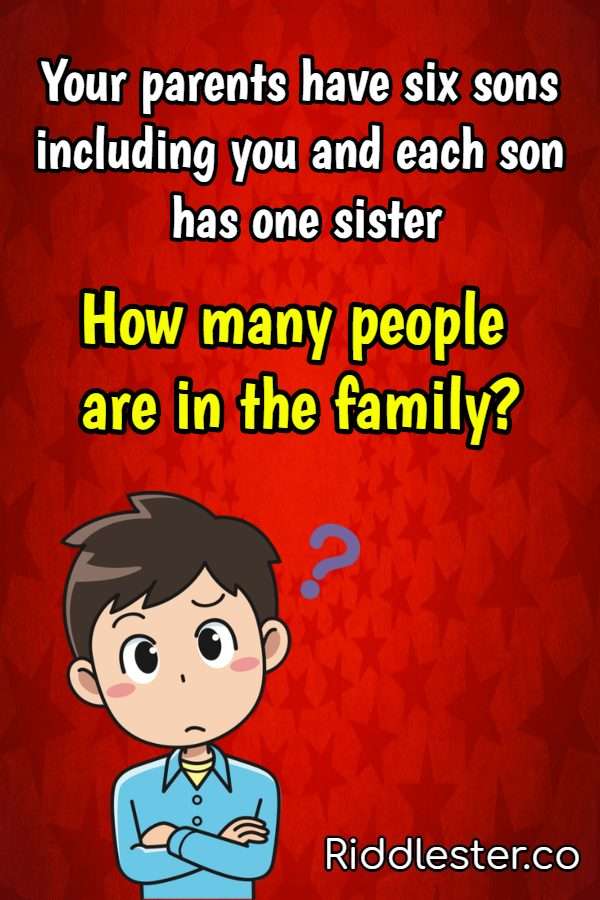 Your parents have six sons including you and each son has one sister.

How many people are in the family?

They are nine people. Two parents, six sons and one daughter. All of them have one sister.

The names of four sons are Papa, Pepe, Pipi and Popo respectively.

What is the name of the fifth son?

John’s father has five children and four of them have already been named above. The fifth son is John himself.

A man is looking at a photograph of someone.

His friend asks who it is.

The man replies: ”Brothers and sisters, I have none. But that man’s father is my father’s son.”

Who was in the photograph?

I come in different shapes and sizes. Some parts of me are curved, other parts are straight.

You can put me anywhere you like, but there is only one right place for me.

A man is stranded on a riverbank with a wolf, a rabbit and a carrot.

He finds a boat with which to cross the river, but the boat can fit only himself and either the wolf, the rabbit or the carrot.

How can he cross the river with the wolf, the rabbit and the carrot?

The man crosses first with the rabbit, leaving the wolf behind with the carrot.

Then he returns alone and crosses with the wolf, leaving the carrot behind.

He leaves the wolf alone and returns with the rabbit.

Then he leaves the rabbit and crosses with the carrot.

He leaves the carrot with the wolf and crosses for one last time, returning with the rabbit.

Can you write down eight eights so that they add up to one thousand?

Who spends the day at the window, goes to the table for meals and hides at night?

« Tricky riddles with answers » Riddles that stump the internet