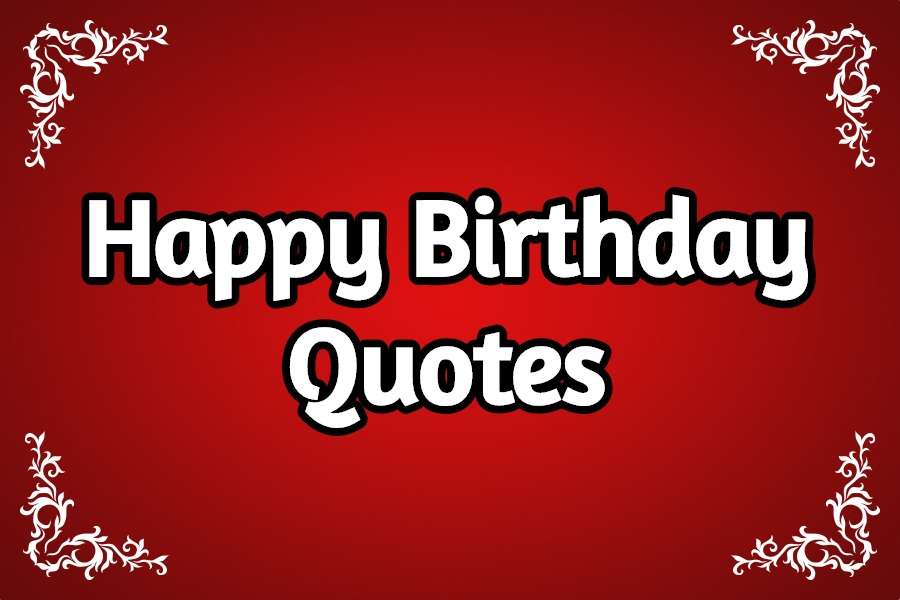 Did you know you’re supposed to soap and scrub for as long as it takes to sing ‘Happy Birthday’ twice? -Faith Salie

It’s in my stars to invent; I was born on Madame Curie’s birthday. I have this need for originals, for innovation. That’s why I like Charlie Parker. -Joni Mitchell

The way I see it, you should live everyday like its your birthday. -Paris Hilton

I’ve got more than 600 pairs of Ray-Ban sunglasses, from 1950s originals to newer models. I have them on the wall like opticians do so I can pick out a pair that goes with my outfit. I had around 30 pairs, then my husband Rainer started getting them for me as birthday and Christmas gifts. -Suzi Quatro

My mom, she loves a bargain hunt. You can’t buy her anything expensive. I remember I bought her a diamond bracelet for her birthday. I was being a nice son! She told me to take it back. -Daniel Sturridge

I like birthday cake. It’s so symbolic. It’s a tempting symbol to load with something more complicated than just Happy birthday! because it’s this emblem of childhood and a happy day. -Aimee Bender

Success is like reaching an important birthday and finding you’re exactly the same. -Audrey Hepburn

If you look over the years, the styles have changed – the clothes, the hair, the production, the approach to the songs.

The icing to the cake has changed flavors. But if you really look at the cake itself, it’s really the same. -John Oates

At my age flowers scare me. -George Burns

I can sing Happy Birthday to you in twelve different places, but one of them is going to make you feel a certain thing, maybe it’s a vulnerability, maybe an innocence, maybe another way is sexy and soulful or bluesy whatever it is, but with singers, exploring keys, I think, is important. -Idina Menzel

For my 9th birthday, my only wish was to eat like a farmer boy. I had devoured ‘The Little House on the Prairie’ book series and wanted to be like Almanzo Wilder, the protagonist of ‘Farmer Boy,’ one of the later installments in the ‘Little House’ series. -Charles Best

You know you’re getting old when you get that one candle on the cake.

It’s like: ”See if you can blow this out.” -Jerry Seinfield

My life is better with every year of living it. -Rachel Maddow

Mom loves me being famous! She is so excited and proud, as she had me so young and couldn’t support me, so I am living her dream, it’s sweeter for both of us. It’s her 40th birthday soon and I’m going to buy her 40 presents. -Adele

One of the shocks of a 50th birthday is realizing the fundamental fact that your youth is irrevocably over. -Marianne Williamson

I met Leonardo DiCaprio and Busta Rhymes the same night, on my birthday in New York. -Jason Mitchell

For a meal out, my number one restaurant is Peter’s Inn. I first went there when it was an old biker bar.

Believe me, when it was Motorcycle Pete’s, that was fun. I had my 30th birthday there. -John Waters

Having studied at the Sorbonne, I spent my 21st birthday in Paris and celebrated with one of my professors in a cafe outside of Notre Dame. -Joseph Abboud

To me old age is always ten years older than I am. -Bernard Baruch

The more you praise and celebrate your life, the more there is in life to celebrate. -Oprah Winfrey