Detective riddles to challenge your logic 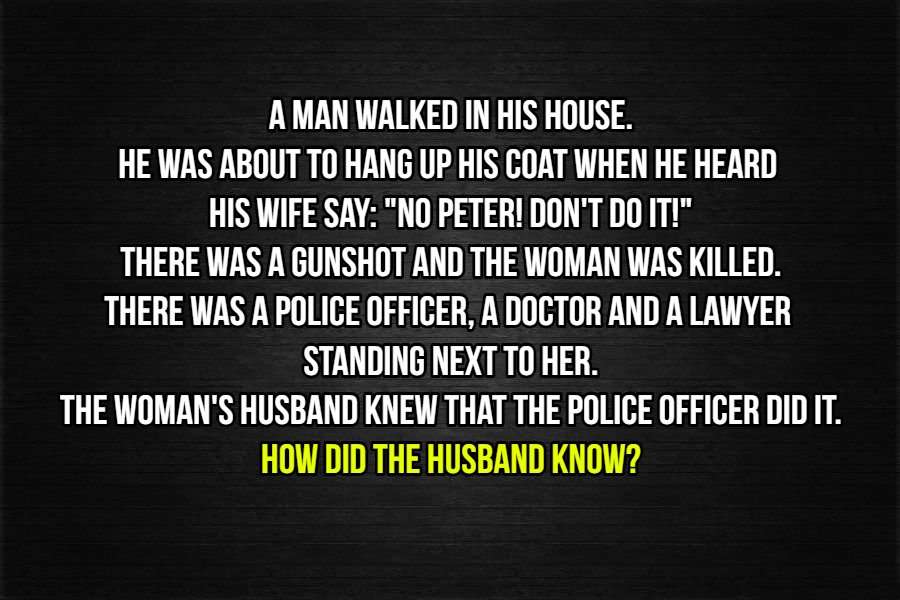 Detective riddles to challenge your logic

Test your logic skills with these awesome detective riddles. 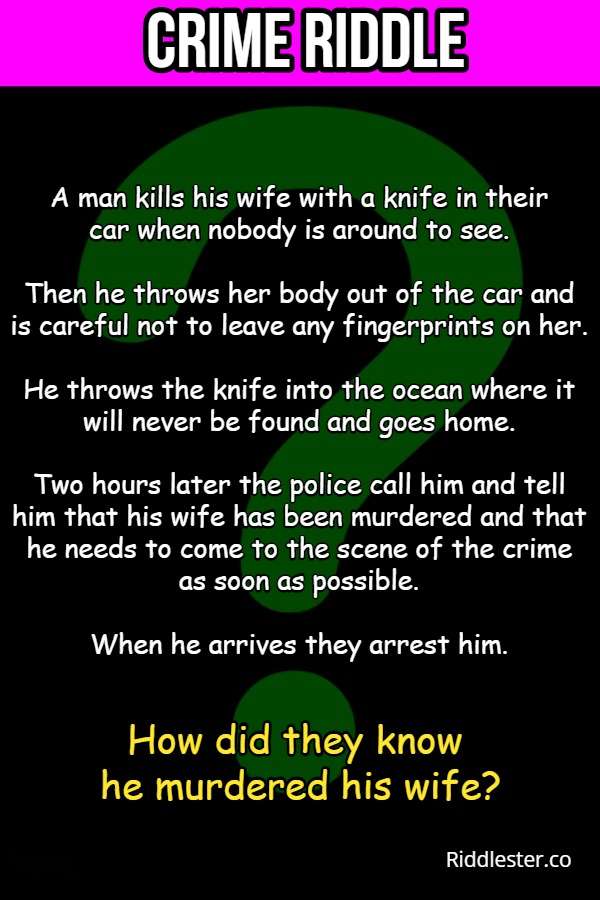 A man kills his wife with a knife in their car when nobody is around to see.

Then he throws her body out of the car and is careful not to leave any fingerprints on her.

He throws the knife into the ocean where it will never be found and goes home.

Two hours later the police call him and tell him that his wife has been murdered and that he needs to come to the scene of the crime as soon as possible.

When he arrives they arrest him.

How did they know he murdered his wife?

The police never mentioned where the crime scene was.

The fact that the man knew where to go proved that he was guilty.

Can you solve this clever riddle?

Every day a man used to cross the border on a motorycle with two bags of sand.

The border officers got a tip that the man is a smuggler.

They checked him and found that he only carried sand.

As they could not find any evidence, they allowed him to cross the border.

What was the man smuggling?

He was smuggling motorcycles.

A man walked in his house.

He was about to hang up his coat when he heard his wife say: “No Peter! Don’t do it!”

There was a gunshot and the woman was killed.

There was a police officer, a doctor, and a lawyer standing next to her.

The woman’s husband knew that the police officer did it.

How did the husband know?

The police officer was a man while the doctor and lawyer were women.

It was a stormy night and a married couple were in a car passing through a foreign city.

The car broke down and the husband had to go get help.

He was afraid to leave his wife alone in the car so he pulled up the windows and locked the car before leaving.

When he came back, the car was in the same state as he had left it but his wife was dead.

There was blood on the floor and there was a stranger in the car.

The wife was about to have a baby.

The baby was born and the wife didn’t survive the birth.

A truck driver is going down a one way street the wrong way, and passes a policeman.

Why is he not caught?

Because he was not driving, he was walking on the sidewalk.

« Who is the killer riddle restaurant » Without being called, we came out at night