Mystery riddles to test your logic 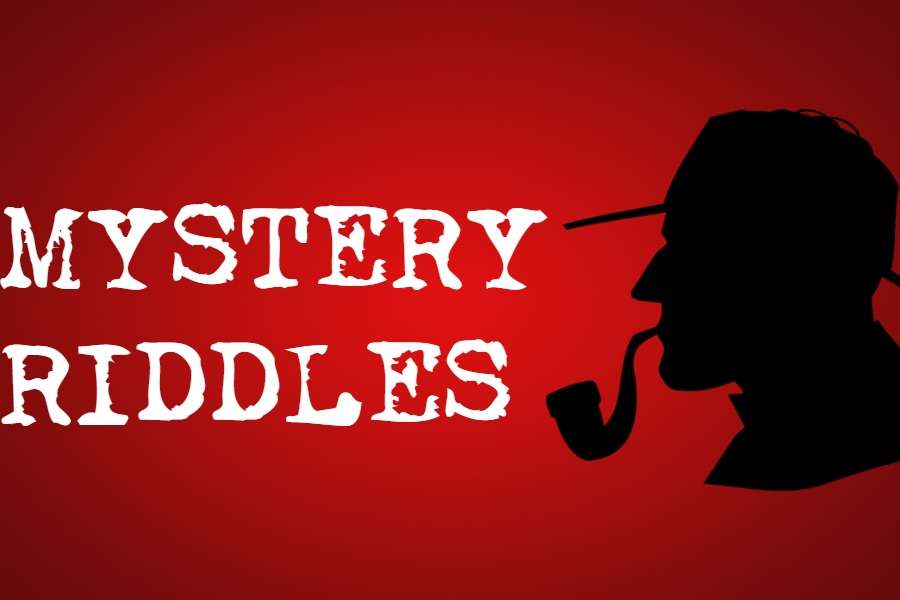 Mystery riddles to test your logic

Only a true detective can find all the answers! 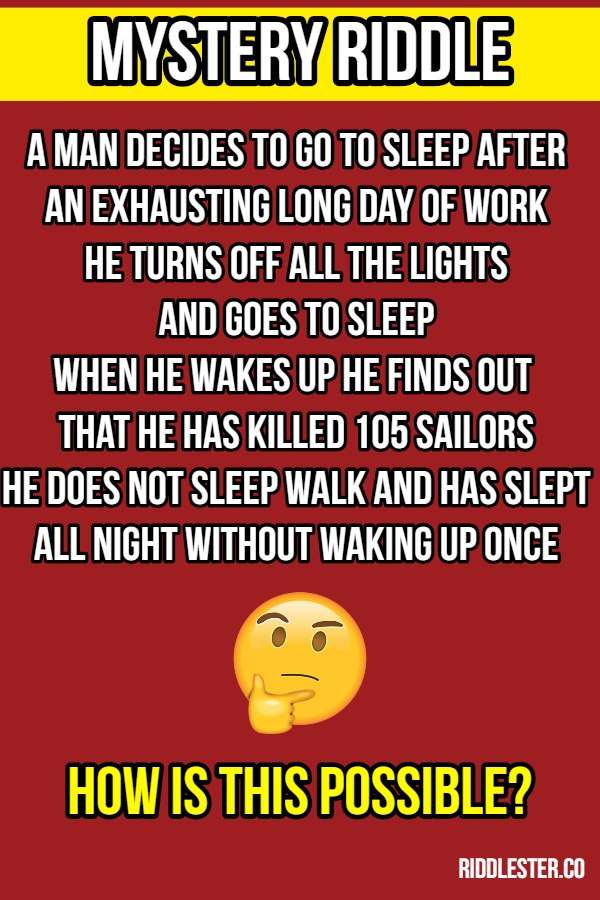 A man decides to go to sleep after an exhausting long day of work.

He turns off all the lights and goes to sleep.

When he wakes up, he finds out that he has killed 105 sailors.

He does not sleep walk and has slept all night without waking up once.

How is this possible?

The man was a lighthouse operator.

A man was found dead out in a field of snow.

The only tracks that were left was a set of footprints between two parallel lines.

Who should the police be looking for?

A man in a wheelchair.

A man was shot to death while in his car.

There were no powder marks on his clothing, which indicated that the killer was outside the car.

However all the windows were up and the doors locked.

After a close inspection was made, the only bullet hole discovered was on the victim’s body.

How was he murdered?

It was a convertible car.

Mark is stranded on an island covered in a lush forest.

One day, when the wind is blowing from the west, lightning strikes the west end of the island and sets fire to the forest.

The fire is fierce burning everything in its path. Without intervention the fire will burn the whole island, killing Mark in the process.

There are steep cliffs around the island, so he has no means of escape.

How can the Mark survive the fire?

There are no buckets or any other means to put out the fire.

Mark picks up a piece of wood and lights it from the fire on the west end of the island.

Then he quickly carries it near the east end of he island and starts a new fire.

The wind will cause that fire to burn out the eastern end and he can then shelter in the burnt area.

Peter is put in a cell with a dirt floor and only one window.

The window is too high for him to reach. The only thing he has in the cell is a shovel.

He won’t be able to get any food or water and only has two days to escape or he’ll die.

Peter can’t dig a tunnel because it will take him much longer than two days to do it.

How will he escape from the cell?

Peter has to use the shovel to create a pile of dirt under the window so he can climb up onto it and escape from the cell.

A serial killer kidnaps people and made them take 1 of 2 pills.

One was harmless and the other was poisonous.

Whichever pill a victim took, the serial killer took the other one.

The victim took their pill with water and died, while the killer survived.

How did the killer always get the harmless pill?

Both of the pills were harmless, the poison was in the glass of water the victim drank.

He said to the police that his wife slipped off while climbing and died.

Upon investigating, the sheriff arrested him saying, ”Your travel agent called. You murdered your wife!”

The man did not inform anyone about the trip.

How did the agent was so sure that it is a murder?

It means that he was sure that he will be returning alone.

A man is found hanging in a room 20 feet off the ground.

There is nothing else in the room except for a large puddle of water on the ground.

The police can’t see any way the man could have climbed the walls to get to where he is hanging.

How did this man hang himself?

He stood on a tall block of ice and put the noose around his neck.

Once the ice melted, he was hung and all that was left was a puddle of water on the ground.